Similar to “Choose Your Own Adventures” for kids — only greatly simplified and much spicier. These stories get nasty in a hurry, and are most definitely NOT for children!

Simple! It’s like the movie Groundhog Day, but with a sexier version of Bill Murray. That, plus ONLY the reader is aware that the scenario is repeating and thus can appreciate how wildly different each version plays out. 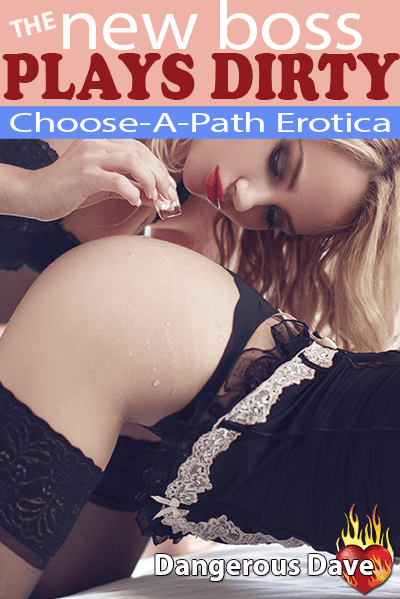 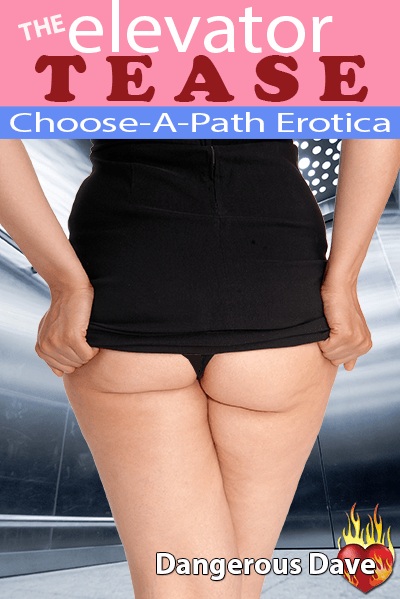 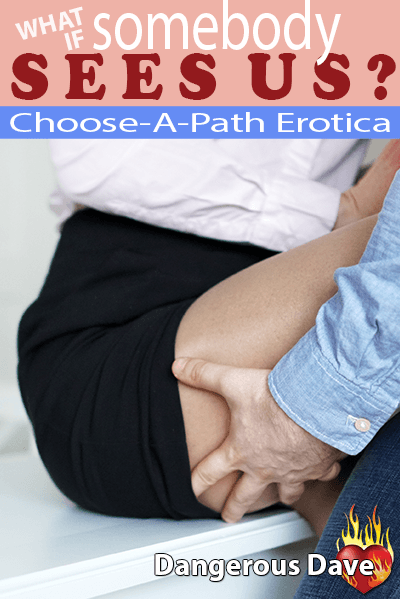 Where Can I Find These Books?

These stories are available (or will be soon) at most major eBook distributors:
Amazon, Apple, Barnes & Noble, Google Play, Kobo, and many more.

For direct links to my books on these stores, CLICK HERE.

Are you going to make these stories longer?

Honestly, I don’t know. As I see it, there are two possible ways I could do that: Comprehensive or Focused.

To tell a Comprehensive story, each chapter would lead to three versions of the next chapter. And that would add up in a hurry. Assuming I limit to just three choices, then Ch1 creates three Ch2’s, nine Ch3’s, twenty-seven Ch4’s, and so on.

The Focused route would be far easier. If I simply chose one of the possible outcomes as the actual event, then I could continue my little adventures indefinitely. Currently, this is how I’m leaning.

But for all I know, Choose-A-Path Erotica is a stupid idea. As much fun as I had writing these little adventures, what’s the point if nobody reads them?

So for now, I’m just waiting. If reviews start coming in and people don’t hate these stories, I will definitely write more—including extensions for existing stories.

It’s not a schtick! I came by the Choose-A-Path idea accidentally.

Drives me nuts. I’m a reader. I enjoy plot. I do want characters to screw each other, mind you — that’s why I read smut — but I want to believe it could happen. Give me real people, please! Why does every woman in erotica have gigantic tits, and every guy a 10” cock?

When we finally left the restaurant and got to the apartment, my portion of the program lasted all of thirty seconds. I barely got the damn condom on!

When I started writing erotica, I was writing for myself as part of an exercise to end Writer’s Block for my other work. But I couldn’t just write sex scenes because I wanted to believe what was happening. So I would take the time to develop a tiny bit of plot ahead of the action.

As it turns out, adding plot and (somewhat) realistic dialogue vastly increased my enjoyment of the sex. Unfortunately creating plot took more time than writing the sex. So whenever I was feeling lazy, often I would come back and use the same opening and just add a different version of the sex scene.

When I started writing erotica for publication, during the editing phase I would often find myself seeing other ways that the sex could have gone down. The more I thought about it, the more the unwritten version would appeal to me, so I’d end up writing it. Some times I’d end up running with the new version, other times I’d stick with the original.

Eventually, back in 2013, I was trying to retarget my erotica to a broader audience. So I put a lot of effort into building what I felt was a pretty fun premise. When I finally got to the sex scene, I wanted it to be spectacular. I ended up writing several versions, but I had a tough time choosing because I kinda liked them all.

That’s when I had one of those Reese’s moments (“Hey! You put your peanut butter in my chocolate!”):
Why not let the reader choose?

By the way, I’m currently in the process of touching up that original story (from 2014) and it will be in stores very soon. When I do, it will have a new title: